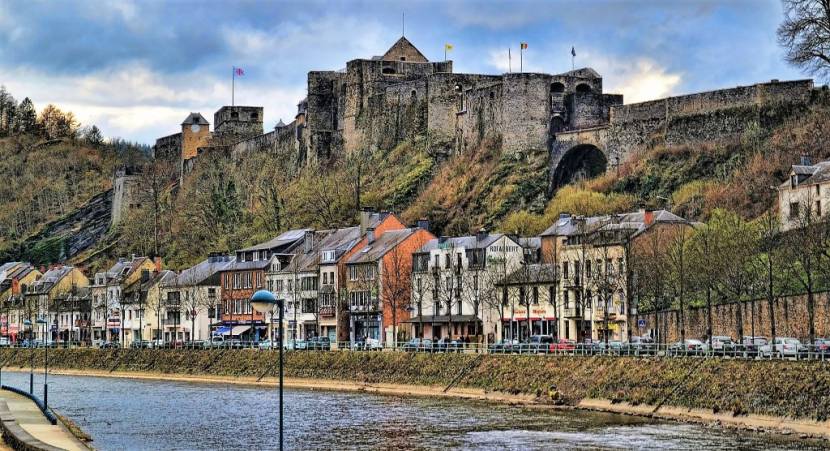 Bouillon lies in the country's Walloon Region and Luxembourg Province. Its Bouillon Castle still sits above the town centre, and is a popular tourist attraction. Long lasting history of the town starts In the Middle Ages. The most famous of the Lords of Bouillon was Godfrey of Bouillon, a leader of the First

Crusade and the first ruler of the Kingdom of Jerusalem. The later formed duchy was prized for its strategic location as "the key to the Ardennes" (as Vauban called it) and hence to France itself. It remained a quasi-independent protectorate, like Orange and Monaco, until 1795, when the Republican Army annexed it to France. After the defeat of Napoleon Bonaparte, the city was given to the Netherlands in the 1815 Treaty of Paris. It has been part of Belgium since the Revolution of 1830.