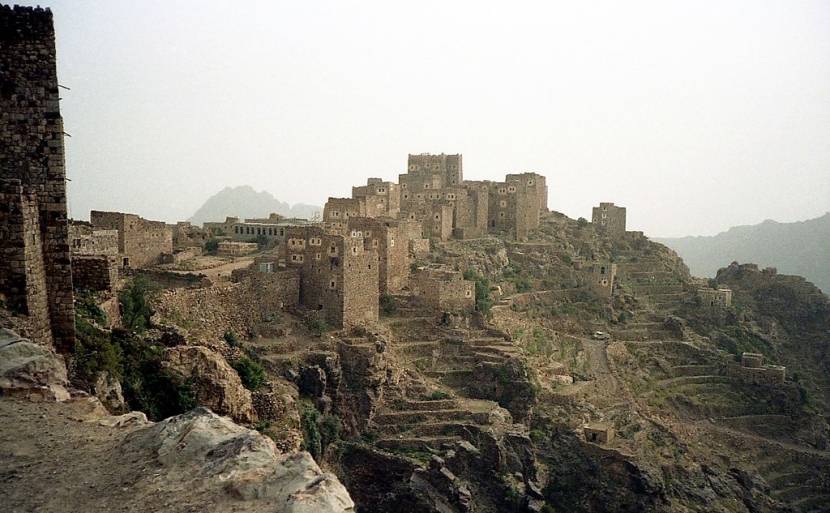 Shaharah or Shahareh or Shehara (Arabic: شهارة‎) is a large mountain village and seat of Shaharah District of the 'Amran Governorate, Yemen. The village "lies at 2600 metres and overlooks mountainous bulging swells to the south and shimmering hot plains to the north." The village, which lies on top a sharp mountain of the

same name, Jabal Shaharah, consists of several old stone houses and a cistern. The area is noted for its limestone arch footbridge, constructed in the 17th century by a local lord to connect two villages across a deep gorge.

View the embedded image gallery online at:
https://www.motogpsroutes.com/blog/cities-towns-villages/item/2708-shaharah#sigProId3938134dee
More in this category: « Shahareh or Shehara Plužine »
Login to post comments