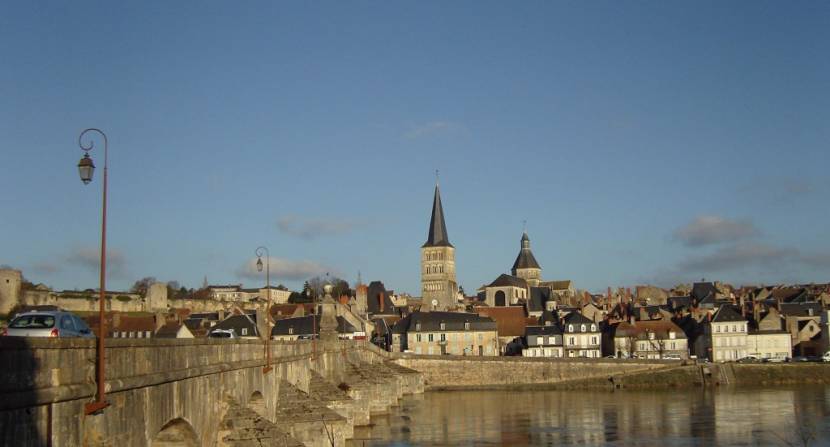 La Charité-sur-Loire. The settlement founded on an island site in the River Loire in 1089. During the Hundred Years War, the town was liberated from the English by French forces led by Joan of Arc. A great fire ravaged the town in 1559. In the second of the French Wars of Religion (1567–8) La Charité withstood

eight months of siege by Catholic forces. It would later be one of the fortified towns given the status of Huguenot safe havens by the Peace of Saint-Germain-en-Laye (August 1570). By the time of the French Revolution only a dozen monks remained in the priory, which was sold to private individuals and preserved. An improved highway that was to have been driven through the church was deflected by the report of Prosper Mérimée, the first inspector of monuments (and author of Carmen), who classed it as worth saving in 1840. Sights: The priory church, burial place of Simon I de Senlis, Earl of Huntingdon-Northampton. The church of Sainte-Croix-Notre-Dame, listed as a UNESCO World Heritage Site in 1998, as part of the Routes of Santiago de Compostela in France.