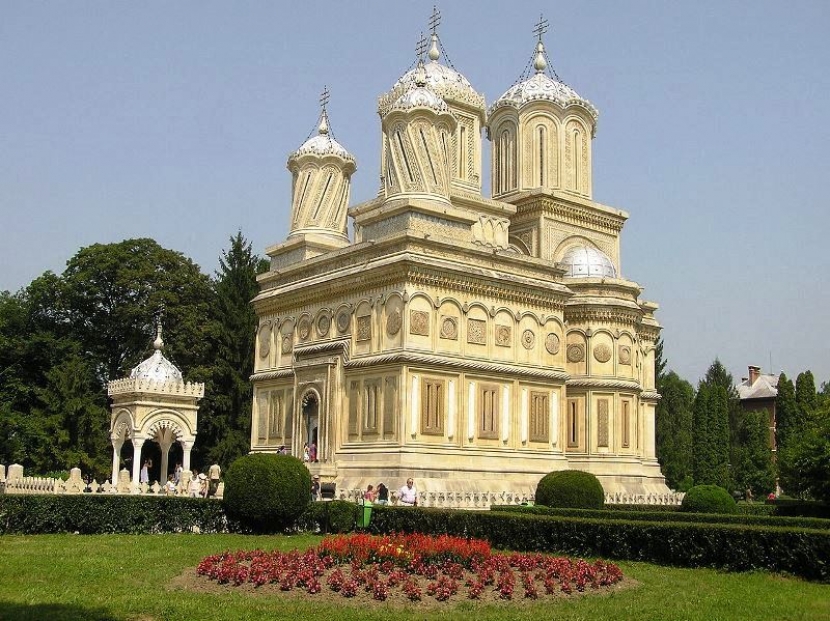 Curtea de Argeș is a city on the right bank of the Argeş River, where it flows through a valley of the lower Carpathians (the Făgăraş Mountains). One of the oldest towns in Wallachia, Curtea de Argeș was the capital of a small local state which was the start for the unification of the lands south of the Carpathians. The city is

the site of couple medieval churches (among them the Curtea de Argeş Cathedral) having been a bishopric since the close of the 18th century. The most important church is the Biserica Domnească (Royal Church) built by Basarab I, completely renovated in 2003-2004. It resembles a stone fortress, connected through catacombs to a guard tower on a nearby hill. Ruins of the Prince's Palace Complex are still visible. It is mentioned in Alexandru Odobescu's Doamna Chiajna. One of the most enduring and famous Romanian legends, the legend of Meşterul Manole, is related to the monastery's construction.