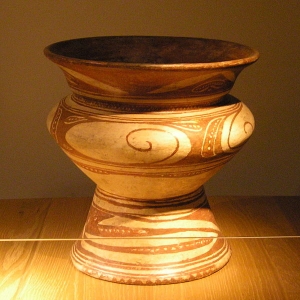 Ban Chiang is considered the most important prehistoric settlement so far discovered in South-East Asia. It was the centre of a remarkable phenomenon of human cultural, social, and technological evolution in the 5th millennium BCE, which occurred independently in this area of south-east Asia and spread widely over the whole region. It marks an important stage in human cultural, social and technological evolution. The site presents the earliest evidence of farming in the region and of the manufacture and use of metals.