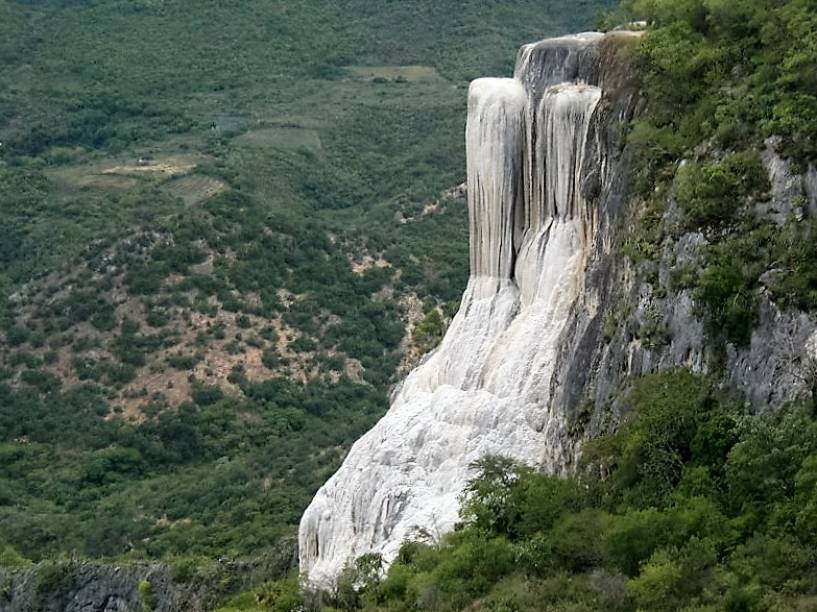 Hierve el Agua (Spanish for "the water boils") is set of natural rock formations that resembles cascades of water. The site is located with a narrow, winding unpaved road. It consists of two rock shelves or cliffs which rise between fifty and ninety metres from the valley below, from which extend nearly white rock formations which look like waterfalls. These formations are created by fresh water springs, whose water is over-saturated with calcium carbonate and other minerals. As the water scurries over the cliffs, the excess minerals are deposited, much in the same manner that stalactites are formed in caves. One of the cliffs, called the "cascada chica" (small waterfall) or the Amphitheatre, contains two large artificial pools for swimming as well as a number of small natural pools. One of the artificial pools is very near the edge of the cliff. The springs that produce the rock formations are one of the few water sources in the area.