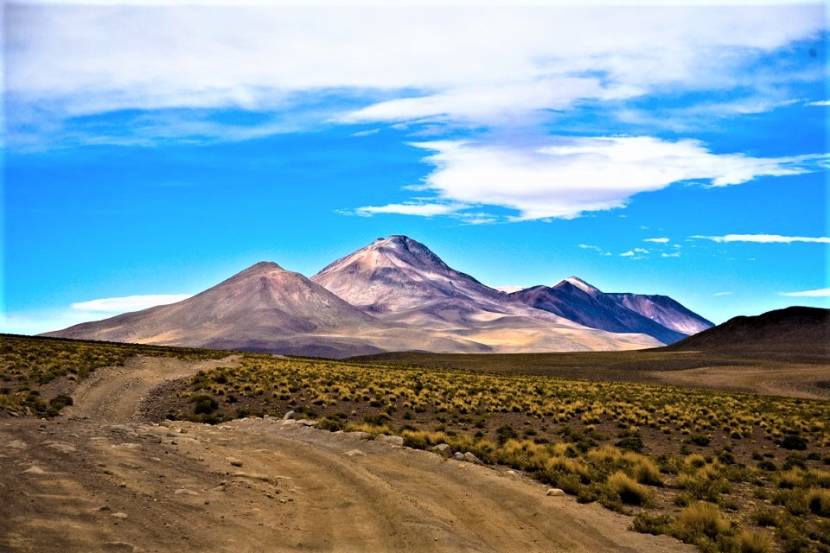 Cerro Cañapa / high mountain peak at 5.629m. Only 4x4 vehicles with high clearance. Cerro Cañapa is an elongated mountain in Bolivia close to the border with Chile. Note that the international border in this area is a straight line that runs from Cerro Araral to Ollagüe, leaving Cerro Cañapa completely in Bolivian territory. The

mountain forms an enormous backdrop to the colorful lakes Cañapa and Hedionda. The mountain is constructed from andesite and dacite. Volcanism of Canapa was influenced by local northwest-striking normal fault zones which also affected the Luxsar and Toconce volcanoes. The range is partially underpinned by modern ignimbrites. Canapa has deposits left by solfataras. The volcanic range is 50–100 kilometres (31–62 mi) long and may have originated from deep-seated basement lineaments. Volcanism is Pliocene-Pleistocene in age.