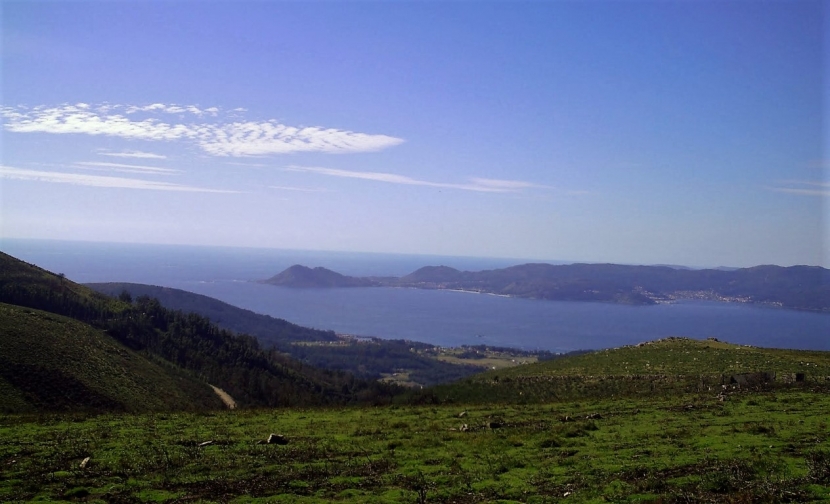 The Galician Massif is a system of mountain ranges in the northwestern corner of the Iberian Peninsula. In traditional local folklore the forests of the Galician System are said to be inhabited by a variety of elves, fairies, ghosts, the Santa Compaña, the Nubeiro and witches (meigas).The southwestern ranges: the highest elevations are found in this sector, including 2,047 m high Pena Trevinca, the highest point of the whole system. These ranges reach into the provinces of León and Zamora. Rivers Tera, Cabreira and Bibei run through glacial valleys and the San Martín de Castañeda Lake, Laguna de Lacillo lakes are moraine-dammed lakes. The Galician Dorsal Range: with 1,778 m high Cabeza de Manzaneda, its highest elevation. A tectonic basin running in a north-south direction separates it from the southwestern ranges. It includes the Central Ourensan Massif. The coastal ranges: such as Serra da Barbanza, are generally of a much lesser height and are separated from the Galician Dorsal Range by the Tui-Verín-Vigo intermontane basin.