Monsanto and its Castle 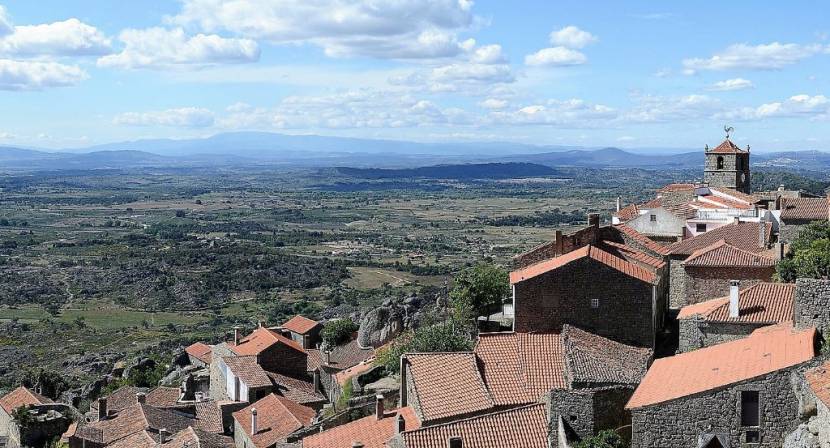 Monsanto Idanha-a-Nova and its Castle Monsanto. It was the principal town between 1174 and the beginning of the 19th century. In recent decades, Monsanto has become popularly known as "the most Portuguese village of Portugal" in a class of twelve classified

historic villages in Portugal. The emblem of Portugal, the Silver Rooster, can be seen atop the Clock Tower or Lucano. The mountain Monsanto rises abruptly up to 758 meters above sea level. In the 12th century, King Afonso I of Portugal conquered Monsanto from the Moors as part of the Christian Reconquista. In 1165, he granted the custody of the city to a knights' order of the church. The city was given to the military orders to maintain the reconquered city within Christian hands and the fortress was build. Unfortunately, the medieval castle was destroyed in the nineteenth century because of an explosion in the ammunition depot of the castle. The mountain rock is granite, which also the historic and present village is built upon in a fusion of nature and its landforms. This fusion can be seen in the uses of caves and rocks being converted into construction parts.