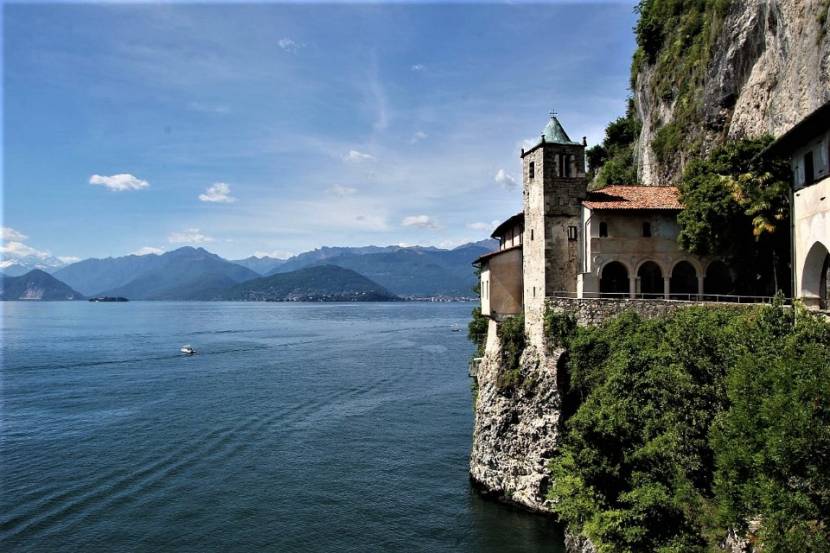 ferry services or boats that dock at the pier. The construction of the monastery dates from the 14th century, although the more recent frescos are from the 19th century. It consists of three buildings: the southern convent, the convent and the main church. In 1914 it was declared a national monument.