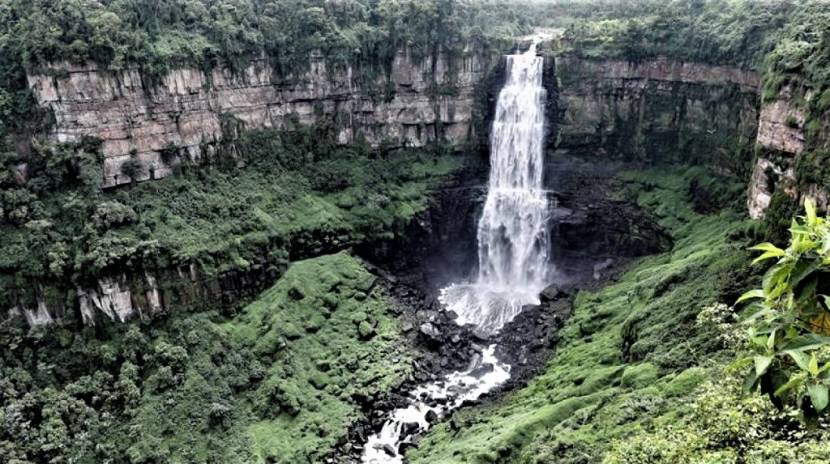 Tequendama Falls (Spanish: Salto del Tequendama) is a 132 metres (433 ft) high waterfall of the Bogotá River, located 32 kilometres (20 mi) southwest of Bogotá. One of the country’s tourist attractions, the falls are located in a forested area. By December the falls become completely dry. The falls were once a common site for suicides. Tequendama

means: "he who precipitated downward". Legend says waterfall was created by hero Bochica, who used his staff to break the rock and release the water that covered the Bogotá savanna. Another that during Spanish conquest and evangelization of the Americas, in order to escape the new colonial order, indigenous people jumped off the Salto Del Tequendama and became eagles to fly to their freedom. The river that feeds the falls is currently considered to be one of the most contaminated in the world. A historic hotel building, now a museum that overlooks the waterfall is undergoing restoration aided by the French government. Situated just opposite to the waterfall and on the edge of the cliff, it provides breathtaking view. Rain, fog and storms make the drive really treacherous.