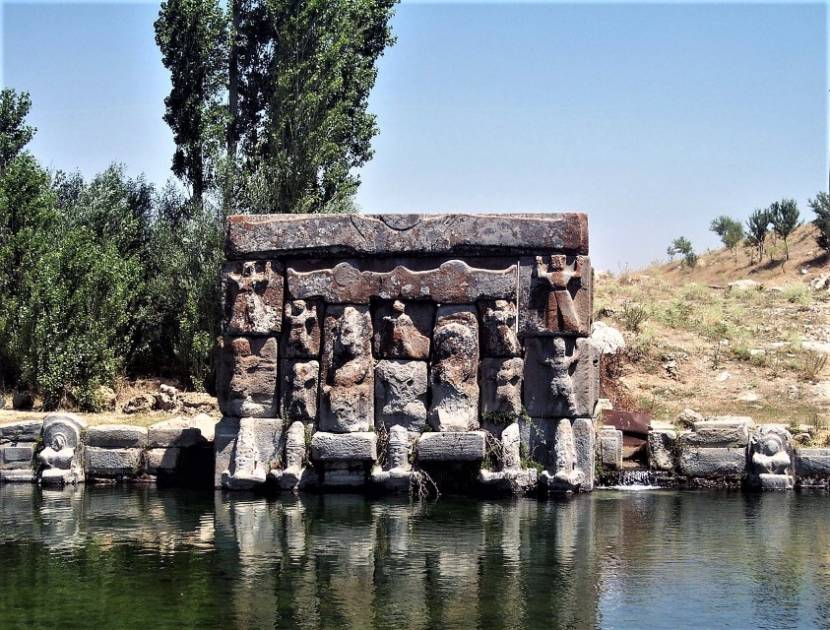 Eflatun Pınar (Turkish: Eflatunpınar, "Plato's Spring") is the name given to a spring, which rises up from the ground, and the stone-built pool monument built at the time of the Hittite Empire. The spring lies inside the Lake Beyşehir National Park, 85 km (53 mi) west of Konya, and drains into Lake Beyşehir in central Anatolia at

ancient Pisidia region. During the Late Bronze Age, a sacred pool monument was built here in trachyte ashlar masonry dedicated to the sacred spring cult of ancient Hittites. The monument was interpreted as a shrine to Plato during the medieval (Seljuk) period. The site remains largely unexplored to date.