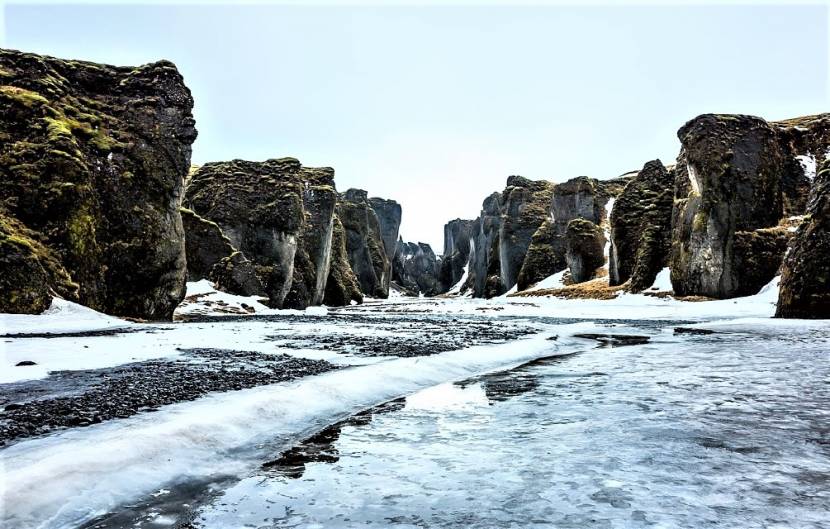 Fjaðrárgljúfur (pronounced [ˈfjaːðraurˌkljuːvʏr̥] is a canyon in south east Iceland. The Fjaðrá river flows through it. The canyon has steep walls and winding water. It is up to 100 m (330 ft) deep and about 2 kilometres (1.2 miles) long. It is located near the Ring Road, not far from the village of Kirkjubæjarklaustur. Its origins dates back to

the cold periods of the Ice Age, about two million years ago. The canyon was created by progressive erosion by flowing water from glaciers through the rocks and palagonite over millennia. A waterfall flows down the western side of the canyon, visible from an observation platform at the end of a one-mile hike up the eastern edge. In May 2019, authorities closed the canyon to visitors after it appeared in a music video by Justin Bieber. The resulting stream of visitors threatened to damage the canyon's environment.

View the embedded image gallery online at:
https://www.motogpsroutes.com/blog/points-of-interest/item/4199-fjadhrargljufur-canyon#sigProId64e09c615b
More in this category: « Ancient Simena or Kaleköy Telmessus and Tomb of Amyntas »
Login to post comments