Telmessus and Tomb of Amyntas 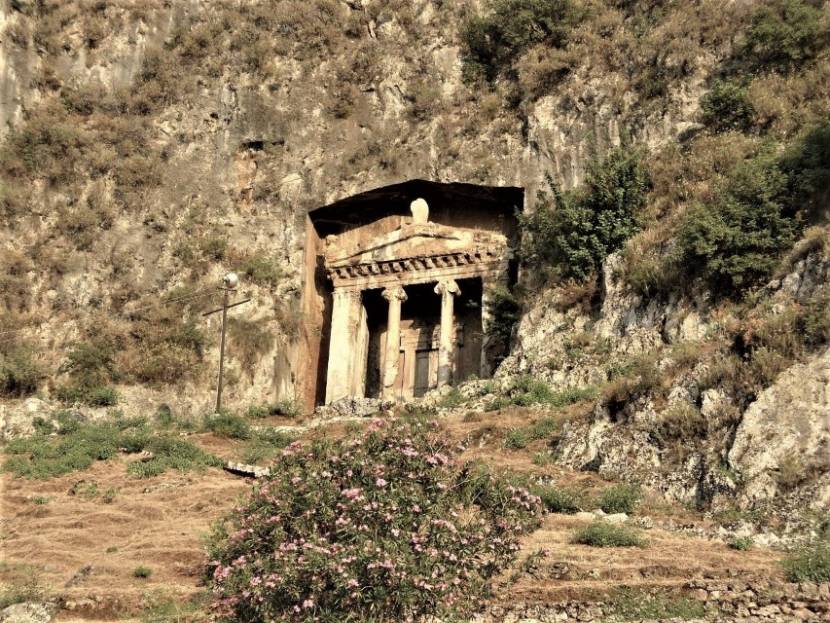 Telmessos or Telmessus (Ancient Greek: Τελμησσός), later Anastasiopolis (Ancient Greek: Αναστασιούπολις), then Makri or Macre (Greek: Μάκρη), was the largest city in Lycia, near the Carian border. The well-protected harbor of Telmessos is separated from the Gulf of Telmessos by an island. The name of the modern town on the

site is Fethiye. The Tomb of Amyntas, also known as the Fethiye Tomb is an ancient tomb built in the city. Modern Fethiye is located on the site of the Ancient Greek city of Telmessos, with the Tomb of Amyntas located in the south side of the city in the mountainside, in the base of the mountain. The impressive looking tomb was built in 350 BC, and was named after the Greek inscription on the side of it which reads "Amyntou tou Ermagiou", which translated to English means "Amyntas, son of Hermagios". The tomb was built by the Lycians, the people who lived in this area of Turkey at the time. The Lycians were never members of a specific country, but rather a tightly-knit confederation of independent city-states, which included Telmessos.