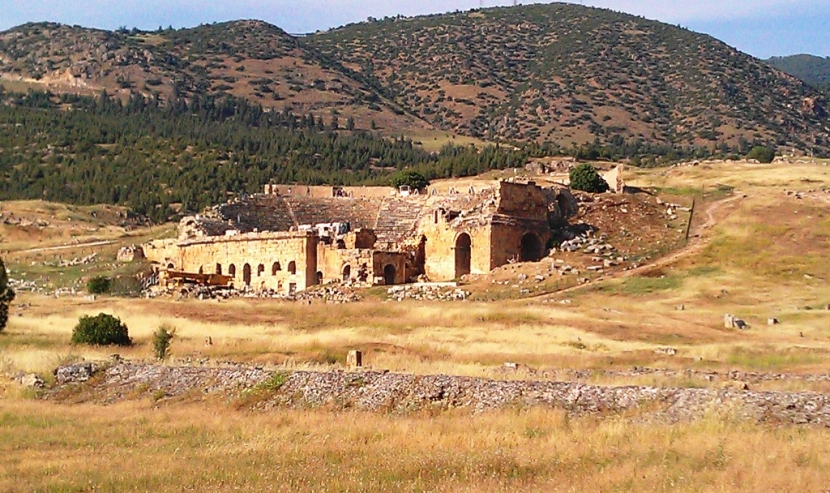 Hierapolis (Ancient Greek: Ἱεράπολις, lit. "Holy City") was an ancient city located on hot springs in classical Phrygia in southwestern Anatolia. Its ruins are adjacent to modern Pamukkale in Turkey and currently comprise an archaeological museum designated as aUNESCO World Heritage Site. The hot springs have been used as a spa since the 2nd century BC, with many patrons retiring or dying there. The large necropolis is filled with sarcophagi, most famously that of Marcus Aurelius Ammianos, which bears the earliest known example of a crank and rod mechanism. The great baths were constructed with huge stone blocks without the use of cement and consisted of various closed or open sections linked together. There are deep niches in the inner section, including the bath, library, and gymnasium.