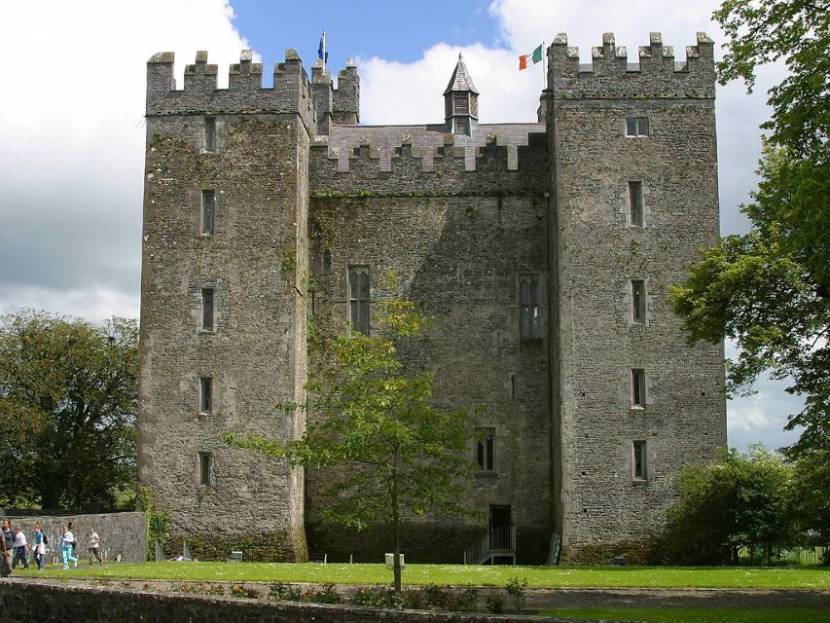 Bunratty Castle (Irish: Caisleán Bhun Raithe, meaning "Castle at the Mouth of the Ratty") is a large 15th-century tower house. It is located in the centre of Bunratty village (Irish: Bun Ráite). The castle and the adjoining folk park are run by Shannon Heritage as tourist attractions. Three castles were built since

977, first time recorded as settlement, and this is the fourth built in 1425. Today, the castle is a major tourist attraction, along with "Bunratty Folk Park". Both the castle and Bunratty House are open to the public. The castle is famous for its medieval banquets, offered since 1963, at which the "Bunratty Castle Entertainers" perform today. "Bunratty Folk Park" is an open-air museum featuring around 30 buildings, including the Ardcroney Church Of Ireland church, which moved here and reopened in 1998.