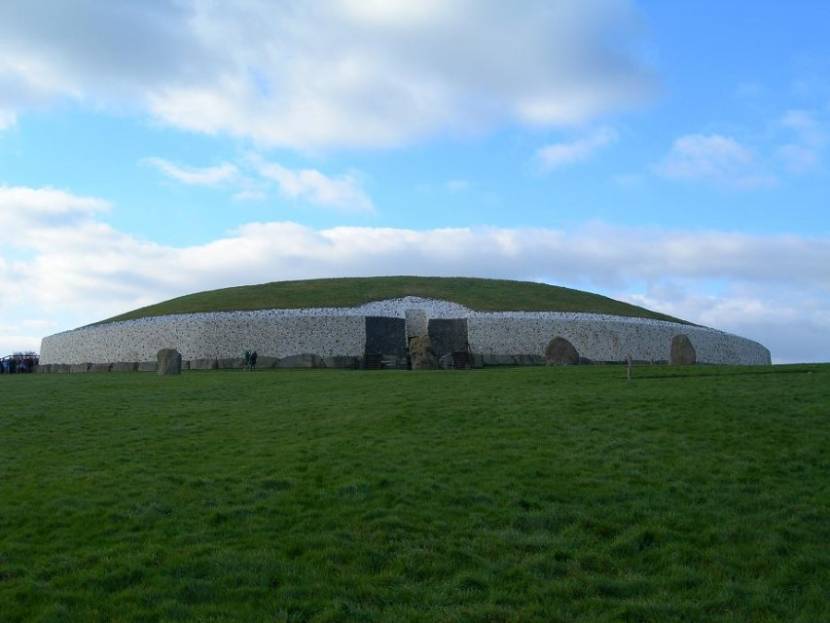 Brú na Bóinne (Palace of the Boyne or Mansion of the Boyne) or Boyne valley tombs, is an area in County Meath located in a bend of the River Boyne. It contains one of the world's most important prehistoric landscapes dating from the Neolithic period, including the large Megalithic passage graves of

Knowth, Newgrange and Dowth as well as some 90 additional monuments. The archaeological culture associated with these sites is called the "Boyne culture". Since 1993, the site has been a World Heritage Site designated by UNESCO, known since 2013 as "Brú na Bóinne - Archaeological Ensemble of the Bend of the Boyne". The site predates the Egyptian pyramids and was built with sophistication and a knowledge of science and astronomy, which is most evident in the passage grave of Newgrange.The site covers 780 ha and contains around 40 passage graves, as well as other prehistoric sites and later features.