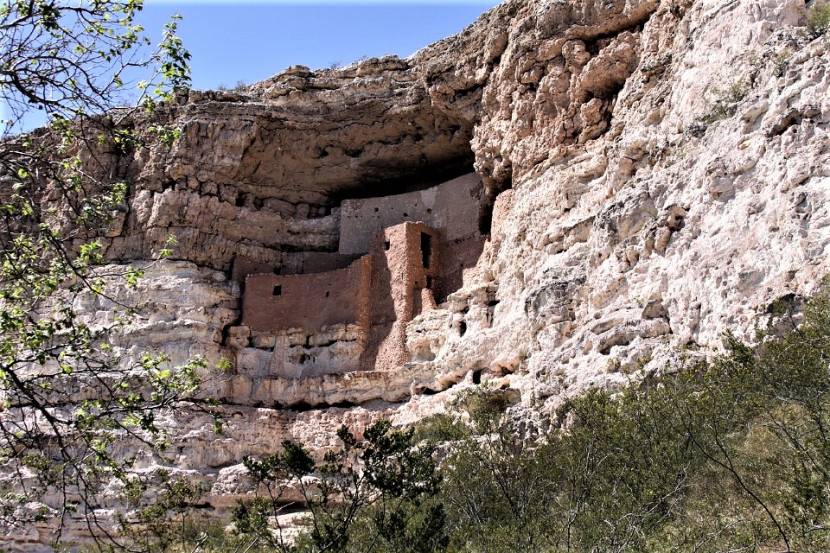 Montezuma Castle National Monument protects a set of well-preserved dwellings which were built and used by the Sinagua people, a pre-Columbian culture closely related to the Hohokam and other indigenous peoples of the southwestern United States, between approximately 1100 and 1425 AD. The main structure

comprises five stories and about 45 to 60 rooms and was built over the course of three centuries. Neither part of the monument's name is correct. When European-Americans first observed the ruins in the 1860s, by then long-abandoned, they named them for the famous Aztec emperor Montezuma in the mistaken belief that he had been connected to their construction. Several Hopi clans and Yavapai communities trace their ancestries to early immigrants from the Montezuma Castle/Beaver Creek area. Archaeological evidence proves that the Hohokam and Hakataya settled around or in the Verde Valley. Clan members periodically return to these ancestral homes for religious ceremonies.