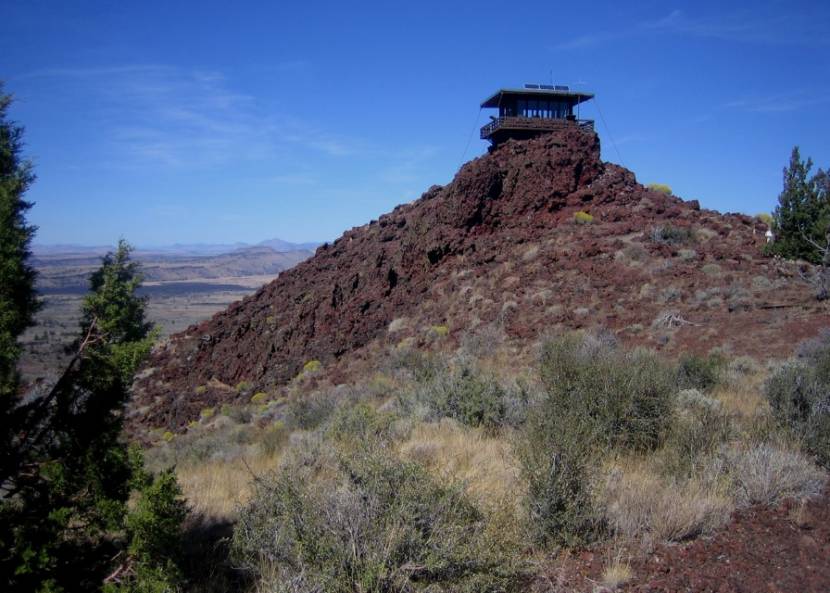 Schonchin Butte is a cinder cone on the northern flank of Medicine Lake Volcano in the Cascade Range in northern California. Frothy lava, cooled in the air, created the large cinder cones throughout Lava Beds National Monument. It is named for Old Schonchin, a chief of the Modoc people during the late

nineteenth century. Erupting more than 30,000 years ago, the volcano spewed ash and cinders into the air much like a can of soda when shaken. A lava spatter rampart is at the very top. The butte's 3⁄4-mile-long (1.2 km) trail leads to a panoramic view from the historic fire lookout. From the lookout panoramic views of the Medicine Lake Volcano, Mount Shasta, Mount McLoughlin, the Clear Lake Hills and the Warner Mountains can be seen. On a really clear day, the south rim of Crater Lake in Oregon is visible.