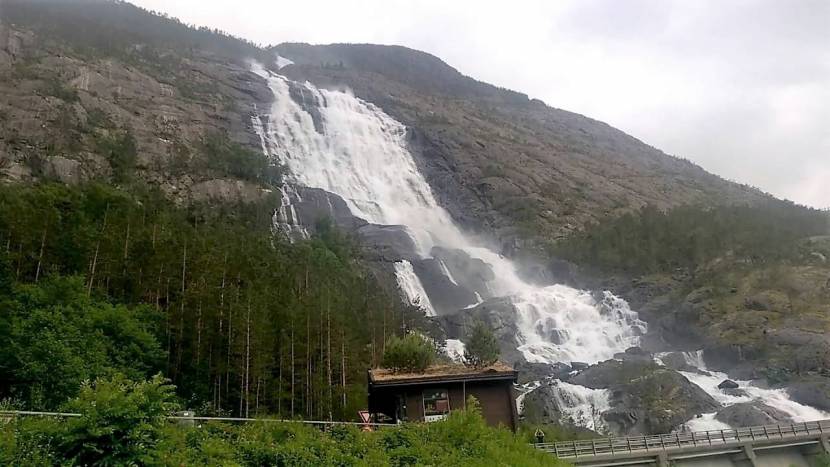 Langfossen is a waterfall located in the municipality of Etne in Hordaland county, Norway. The water falls down a towering mountain, a total distance of about 612 metres before the water leaps out into Åkrafjorden at the base of the mountain. European route E134 runs along the base of the waterfall, making access very easy. The World Waterfall Database

declared this waterfall to be one of the "best in the world". In March 2011 CNN/Budget Travel sat Langfossen as one of the worlds ten most beautiful waterfalls. The waterfall is one of the few in Norway that has not been used in hydroelectric power generation, so it is still in its natural state