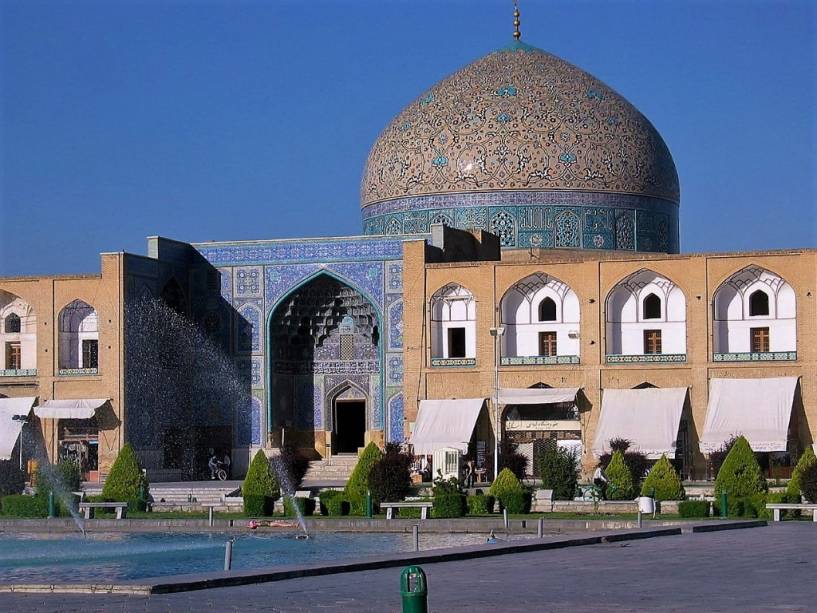 Sheikh Lotfollah Mosque (Persian: مسجد شیخ لطف الله‎‎) is one of the architectural masterpieces of Safavid Iranian architecture. Construction of the mosque started in 1603 and was finished in 1619. It was built by the chief architect Shaykh Bahai, during the reign of Shah Abbas I of the Safavid dynasty. Of the four monuments that dominated the perimeter of the Naqsh-e Jahan Square, this one was the first to be built. The purpose of this mosque was for it to be a private mosque of the royal court, unlike the Masjed-e Shah, which was meant for the public. It wasn't until centuries later, when the doors were opened to the public, that ordinary people could admire the effort that Shah Abbas had put into making this a sacred place for the ladies of his harem, and the exquisite tile- work, which is far superior to those covering the Shah Mosque.