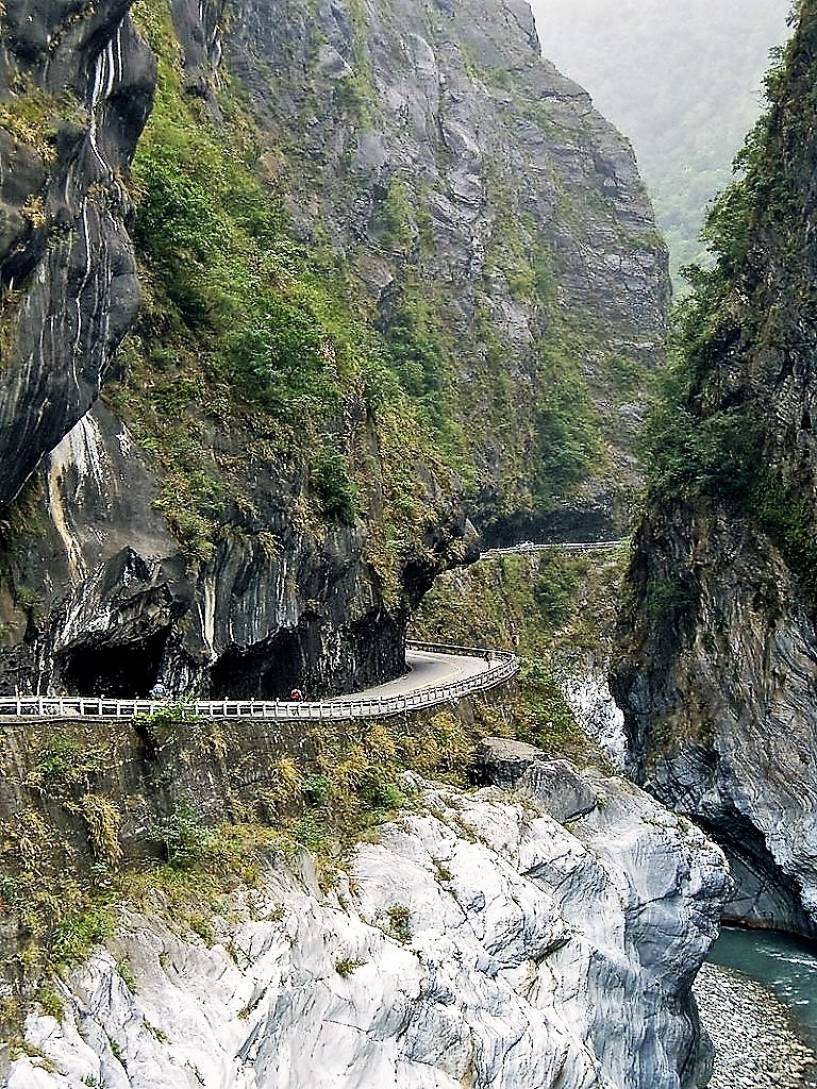 The Central Cross-Island Highway No.8 is the one that enters you to Taroko National Park and one of the most scenic roads you may ride. Start at Intersection with Zhongxing Road No.7 ( coordinates: 24.254841, 121.246084 ) and continue all the way east to the see front. Taroko National Park was named after the Taroko Gorge, the landmark gorge of the park. Sights included: Tunnel of Nine Turns. Eternal Spring Shrine. Yentzihkou, Swallow Grotto. Chinheng Kungyuan, Park. Tsihmuchiao, The Bridge of the Kind Mother. Tienhsyang. Chueilu Tuanyah Precipice. Lioufang Chiao Bridge. Hill of Tayuling the Great. Puloh Wan. 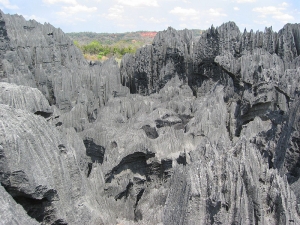 Tsingy de Bemaraha Strict Nature Reserve is near the western coast of Madagascar in Melaky Region. The area was listed as aUNESCO World Heritage Site in 1990 due to the unique geography, preserved mangrove forests, and wild bird and lemur populations. The southern end of the protected area has subsequently been changed into the Tsingy de Bemaraha National Park, covering 666 square kilometres. The northern end of the protected area remains as a strict nature reserve (Réserve Naturelle Intégrale) covering 853 square kilometres.

Shiretoko National Park covers most of the Shiretoko Peninsula at the northeastern tip of the island of Hokkaidō. The word "Shiretoko" is derived form an Ainu word "sir etok", meaning "end of the Earth". One of the most remote regions mostly accessible on foot or by boat. The park is best known as the home of Japan's largest brown bear population and for offering views of the disputed Kunashiri Island. The park has a hot springs waterfall called Kamuiwakka Falls. Kamui wakka means "water of the gods" in Ainu. In 2005, UNESCO designated the area a World Heritage Site. 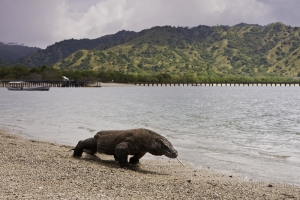 Komodo National Park is a national park in Indonesia located within the Lesser Sunda Islands in the border region between the provinces of East Nusa Tenggara and West Nusa Tenggara. The park includes the three larger islands Komodo, Padar and Rinca, and 26 smaller ones, with a total area of 1,733 km² (603 km² of it land). The national park was founded in 1980 to protect the Komodo dragon, the world's largest lizard. Later it was dedicated to protecting other species, including marine species. In 1991 the national park was declared a UNESCO World Heritage Site. Komodo National Park has been selected as one of the New7Wonders of Nature. 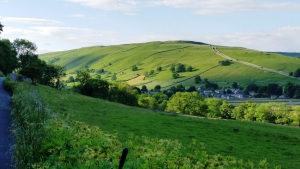 TheYorkshire Dales (also known simply as The Dales) is an upland area of the Pennines in Northern England dissected by numerous valleys. The area lies within the county boundaries of historic Yorkshire, though it spans the ceremonial counties of North Yorkshire and Cumbria. Most of the area falls within the Yorkshire Dales National Park, created in 1954. The Dales is a collection of river valleys and the hills among them, rising from the Vale of York westwards to the hilltops of the main Pennine watershed. The word dale comes from the Nordic/Germanic word for valley (dal, tal), and occurs in valley names across Yorkshire and Northern England, but the name Yorkshire Dales is generally used to refer specifically to the dales west of the Vale of York and north of the West Yorkshire Urban Area.