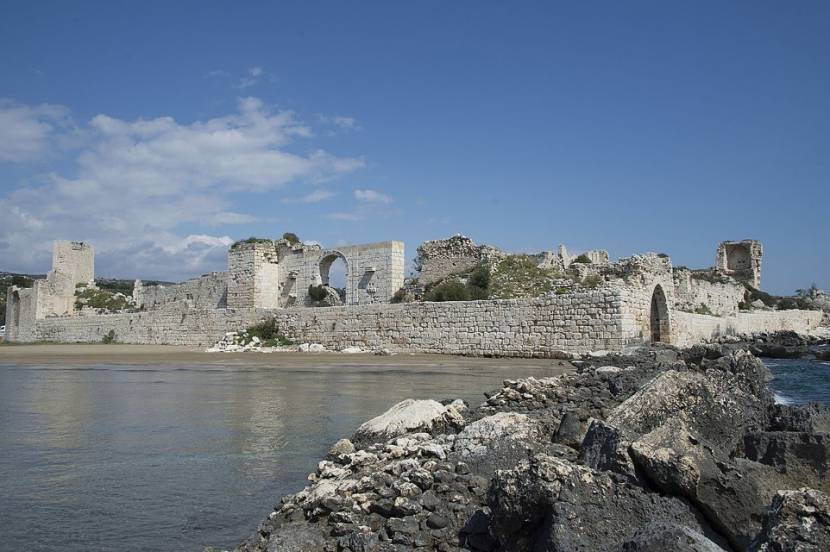 Corycus (Turkish: Kız Kalesi, lit. "maiden castle") was an ancient city. The site is now occupied by the town of Kızkalesi (formerly Ghorgos). In antiquity, Corycus was an important harbor and commercial town. It was the port of Seleucia. In the Roman times it preserved its ancient laws; the emperors usually kept a fleet there to

watch over the pirates. Corycus was also a mint in antiquity and some of its coins survive. Corycus was controlled by the Byzantine Empire after. They re-fortified the island opposite in the sea. This castle was later called "maidens castle". The ruins of the city are extensive. Among them are a triumphal arch, a necropolis with a beautiful Christian tomb, sarcophagi, etc. The two medieval castles, one on the shore, the other in an islet, connected by a ruined pier, are partially preserved; the former was reputed impregnable.