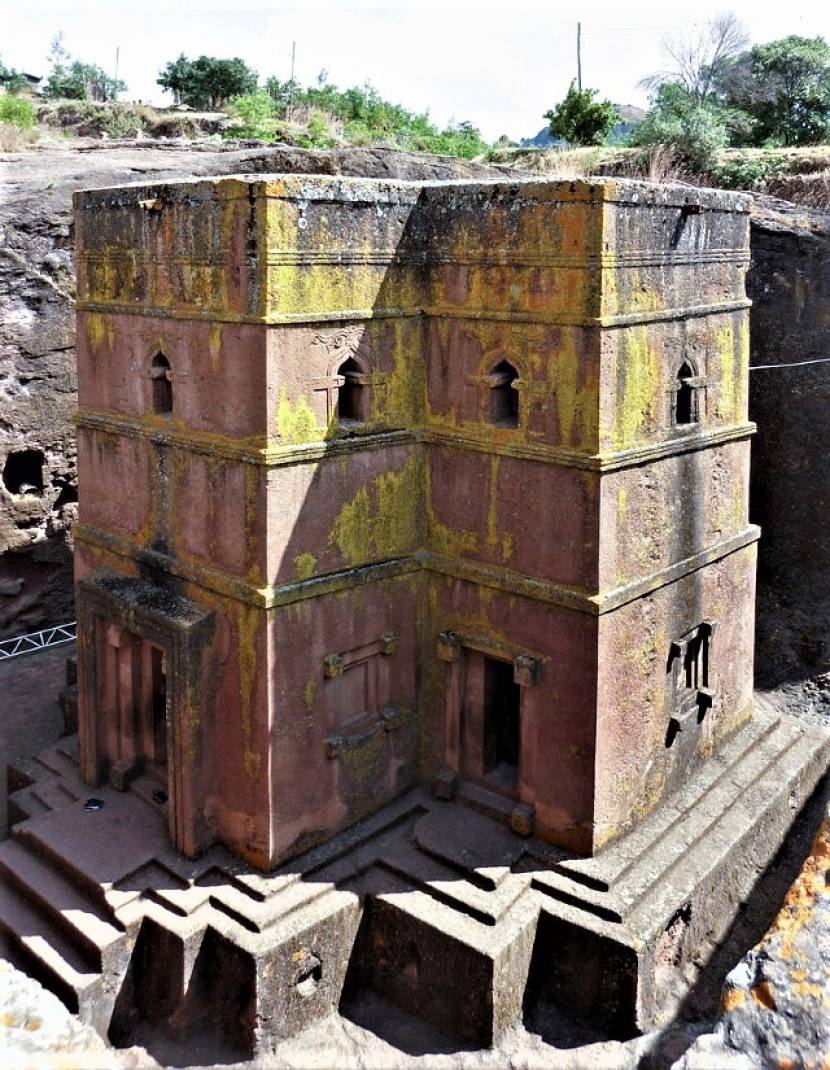 Lalibela is a town in northern Ethiopia that is famous for its monolithic rock-cut churches. Lalibela is one of Ethiopia's holiest cities, second only to Aksum, and is a center of pilgrimage for much of the country. Unlike Aksum, the population of Lalibela is almost completely Ethiopian Orthodox Christian. Lalibela, was a

name given to a king, is said to have seen Jerusalem and then attempted to build a new Jerusalem as his capital in response to the capture of old Jerusalem by Muslims in 1187. This rural town is known around the world for its churches carved from the living rock, which play an important part in the history of rock-cut architecture. Though the dating of the churches is not well established, most are thought to have been built during the reign of Lalibela, namely during the 12th and 13th centuries. UNESCO identifies 11 churches as World Heritage Site.