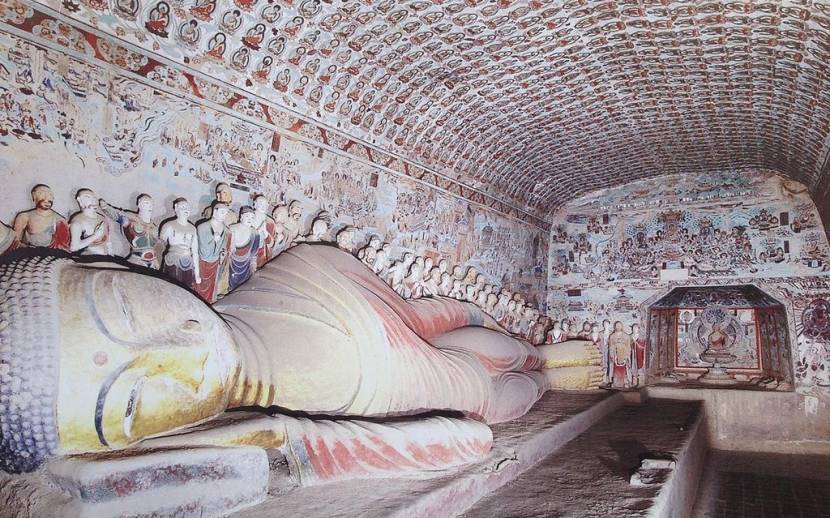 The Mogao Caves or Mogao Grottoes, form a system of 492 temples 25 km (16 mi) southeast of the center of Dunhuang, an oasis strategically located at a religious and cultural crossroads on the Silk Road, in Gansu province, China. The caves may also be known as

the Dunhuang Caves, however, this term is also used to include other Buddhist cave sites in the Dunhuang area, such as the Western Thousand Buddha Caves, and the Yulin Caves farther away. The caves contain some of the finest examples of Buddhist art spanning a period of 1,000 years. The first caves were dug out in 366 CE as places of Buddhist meditation and worship. The Mogao Caves are the best known of the Chinese Buddhist grottoes. The Mogao Caves became one of the UNESCO World Heritage Sites in 1987. From 1988 to 1995 a further 248 caves were discovered to the North of the 487 caves known since the early 1900s.
Tagged under
Tweet
, Jiuquan, 736206, Κίνα