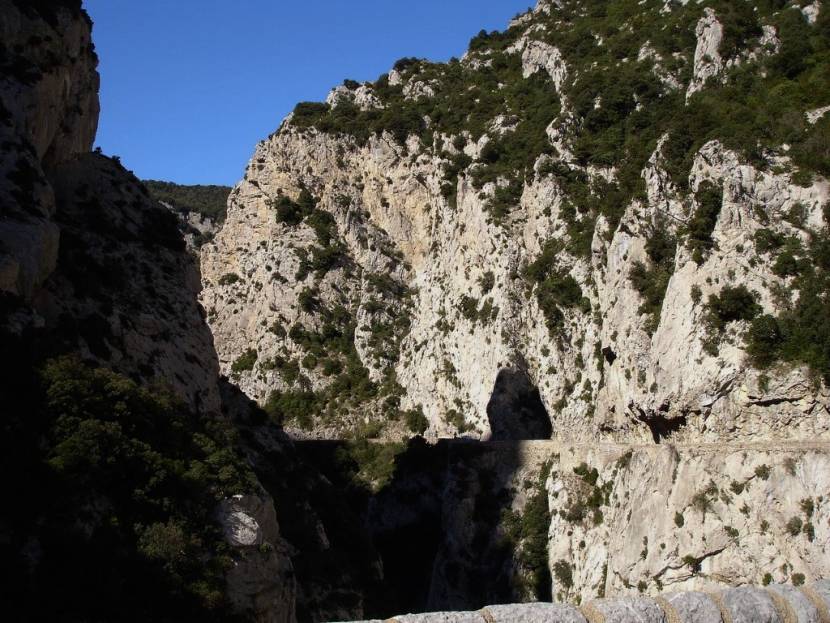 The Gorges de Galamus is located in the towns of Cubières-sur-Cinoble and Saint-Paul-de-Fenouillet in the Pyrénées-Orientales and have a length of 2km. Crossing the gorges by car is possible all year but in summers the road becomes very busy and the traffic problems are obvious. In July and August there’s a special regulation. Because of the narrowness of the road, it is impossible to turn back. The route starts in Saint-Paul-de-Fenouillet a commune in the Pyrénées-Orientales department in southernFrance. After

9.3km going through the infamous Gorges de Galamus, the road arrives to Cubières-sur-Cinoble, a commune in the Aude department in southern France.